The next teaching on emptiness is about anataman, the Buddhist notion of selflessness. But again, something we have to keep in mind: when we talk about selflessness, it doesn’t mean there is no self. Even when the teachings say that we should give up this world, it doesn’t mean that we should give up caring about the world and caring about ourselves, not working and so on. When the teachings talk about giving up the world, they talk about giving up the eight worldly concerns, such as seeking praise, being unhappy when criticized. It is not saying rejecting living and being in the world.

Likewise, when the teachings talk about the impermanence or the contaminated nature of the physical body and the unsatisfactory nature of the physical body that doesn’t mean we should neglect our body. In fact, the opposite is the case. When there is a degree of detachment then we can use our body in a more positive way. It is something that is used according to the conditioning, but there is more freedom in how to use it. Therefore, the teachings themselves will say that. From one level of teaching, the physical body is like one’s own enemy, in the sense that it is the basis of suffering, the basis for desire and attachment and so forth. But nonetheless we should protect and cherish it, because by living a life of morality this physical body becomes a useful vehicle for training and cultivation.

That’s what I wanted to point out, so that the teachings are not misunderstood, as sometimes happens. 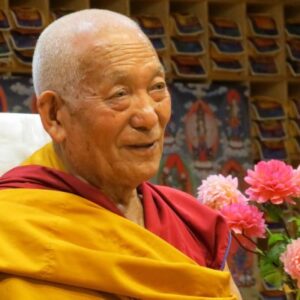